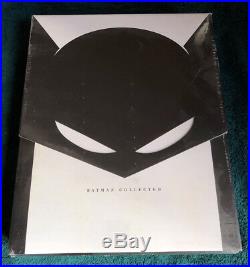 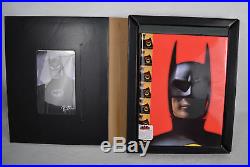 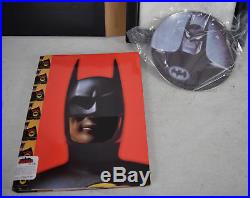 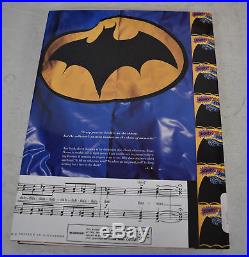 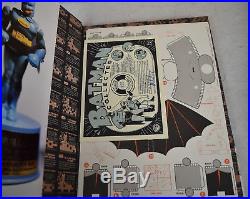 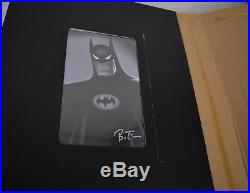 ED BOX SET STILL SEALED - MINT CONDITION. BRUCE TIMM SIGNED LITHO & COLLECTOR'S PLATE. Up for sale: A super Rare and Complete BATMAN COLLECTED BOX SET! This spectacular 12-inch x 15-inch box set was created to showcase the 1996 book BATMAN COLLECTED by Chip Kidd that was published by Bulfinch Press in association with DC Comics. Text by Chip Kidd and photographs by Geoff Spear. The book contains information on absolutely everything anyone could possibly want to know about merchandise featuring Batman, Robin, the Bat-Family and all the villains.

The Batman mythology has sparked the American imagination since his inception in 1939 and has spawned thousands of toys, gadgets, plastic figurines, night-lights, wind-up toys, wristwatches, and many other collectibles. They are all presented in this amazing book with the award-winning design that Chip Kidd is known for. This amazing box set, which you open up at the top by removing Batmans cowl, was only available from the Warner Bros. Studio Store Gallery in a limited edition of 1000 numbered sets.

This item is still sealed in the original factory shrinkwrap, so I dont know what number it is. But it is fully complete with the following items. (1) A hand-signed lithograph of Batman by Bruce Timm, the Producer and Director of Batman The Animated Series. (2) A collectors dinner plate featuring the same Bruce Timm Batman image. (3) A Batman Model Character Paper Doll Toy designed by Chris Ware, the creator of the Acme Novelty Library. A Batman Collected official numbered certificate on card stock that was designed by Chris Ware and hand-signed by Paul Levitz, Executive Vice President of DC COMICS. (5) Batman Collected, the award-winning book by Chip Kidd. The book itself is hand-signed by Chip Kidd, Geoff Spear and Jenette Kahn, the President of DC Comics. The contents inside the box are in perfect, mint condition and have never been touched. The first photograph above is the shrinkwrapped item that is for sale.


The other photos are from other auctions that show the contents inside box sets that were already opened. This set does not show up often and is a MUST for any BATMAN collector... Don't miss this one!! Your item will be securely packaged and sent in a sturdy box. The item "Batman Collected Ltd.